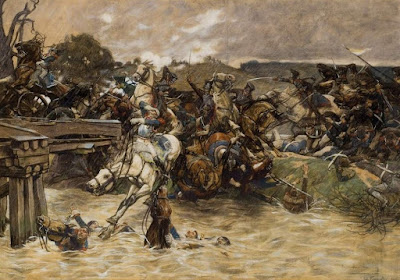 The Battle of the Katzbach occurred during a heavy thunderstorm at the Katzbach river between Wahlstatt and Liegnitz in the Prussian province of Silesia.  The engagement pitted the French Army of the Bober under Marshal MacDonald and a Russo-Prussian army of the Sixth Coalition under Prussian General von Blücher.

The two armies, roughly equal in size, stumbled upon one another after MacDonald crossed the swollen river. In the midst of the confusion and heavy rain, MacDonald seemed to recover first. Although his orders were to defend the flank of Napoleon's main force from Blücher, MacDonald decided to attack. He dispatched two-thirds of his army, about 60,000 men, in an attempt to flank the Russo-Prussian right. But confusion reigned again as the French columns found themselves too far apart to support one another. 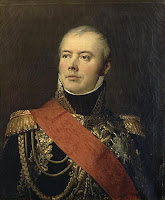 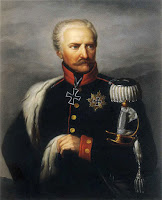 Meanwhile, the remaining 30,000 men of MacDonald's force, who were supposed to hold down the Coalition forces, were met by a heavy counter-attack by Prussian cavalry. Without support or reinforcement, the French were soon forced to withdraw with many men being forced into the river to escape and thousands drowning. MacDonald's casualties numbered 13,000 killed and wounded with another 20,000 captured. Blücher's losses were some 4,000. 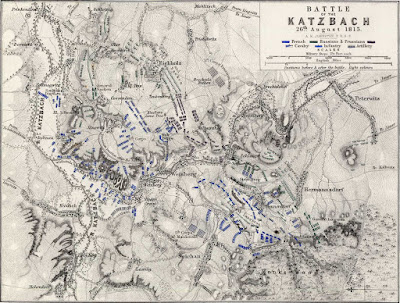 Aftermath: Beyond the battle losses, the French strategic position had been weakened. This, coupled with the defeats at Kulm, four days later, and Dennewitz on 6 September, would more than negate Napoleon's victory at Dresden.

For his victory, Blücher received the title of "Prince of Wahlstatt" on 3 June 1814.

In Germany there used to be a now obsolete saying "Der geht ran wie Blücher an der Katzbach!" ("He goes forward like Blücher at Katzbach!"), referring to Blücher and describing a vigorous behavior. 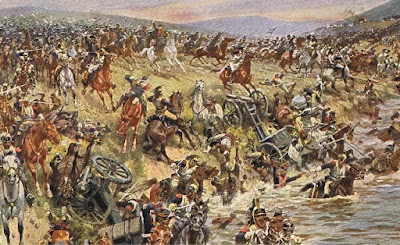 Blücher at the Battle of Katzbach

The Battle of Katzbach 26 August 1813 by Martin Gibson

Email ThisBlogThis!Share to TwitterShare to FacebookShare to Pinterest
Labels: Battles 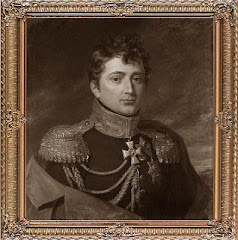